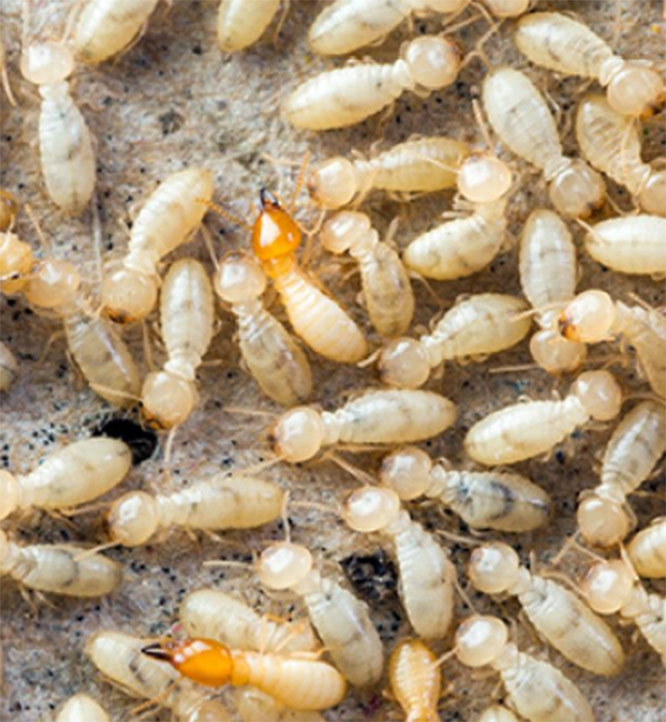 Q. What is the latest on termites and control of them?

A. Good question…termites have been around for millions of years. If you Google “termites,” you will see how they are a light-colored social insect that forms large colonies. Many species live in warm or tropical regions, feed on wood, and are highly destructive to trees and wooden structures.

While many think of them as pests and useless, they are actually doing what God intended them to do when He made them. In his infinite wisdom, God created these little, grubby-white insects with good reason. They were given the task of recycling decaying wood. They are the little sanitation workers of the soil. They were endowed with special bacteria in their gut that allows them to digest cellulose and turn rotting wood into nutritious soil.

However, when humans began to build wooden structures, the wars between termites and humans started. Although few of us mind termites doing what they are supposed to be doing in nature, we will go to great lengths to put a stop to these wood worms and their destructive work when it comes to our homes and buildings. They want to turn them into dirt. We of course can’t allow that to happen.

The only problem is…these little creatures are difficult to control. They’re also difficult to find. In search of their food (wood and cellulose) they can squeeze through cracks 1/32 of an inch. They’re an integral part of nature and they’ll go 24 hours a day in their dark caverns. The problem is that they often mistake the “good wood for the bad.” They have plenty of time on their hands to complete their work. The ages are on their side. Scientists have found fossilized remains of termites dating back more than a100 million years.

Termites are cryptic, hidden in the earth, or in walls or behind veneered surfaces.  They find ways in and around our best efforts. What are humans to do? The best thought is to establish a perimeter and hold the line. Many solutions have been developed throughout the ages for termite control. Mankind has developed many potions, both fair and foul. We want protection from these home destroyers, knowing that termites cause more monetary damage to wooden structures than fires, earthquakes and storms combined.

Recent studies have found that over 90% want protection from termite invasion. According to Dr. Michael Potter of the University if Kentucky, 93% of home and building owners were also concerned about the use of termite control chemicals. Fortunately, there has been a breakthrough from a company that has developed a new bait that is green and most effective. This technologyhas won the Presidential Green Chemistry Challenge Award. Although something else may come along in the future that is more effective, this product offers unsurpassed termite protection today.

We look forward to hearing from you.